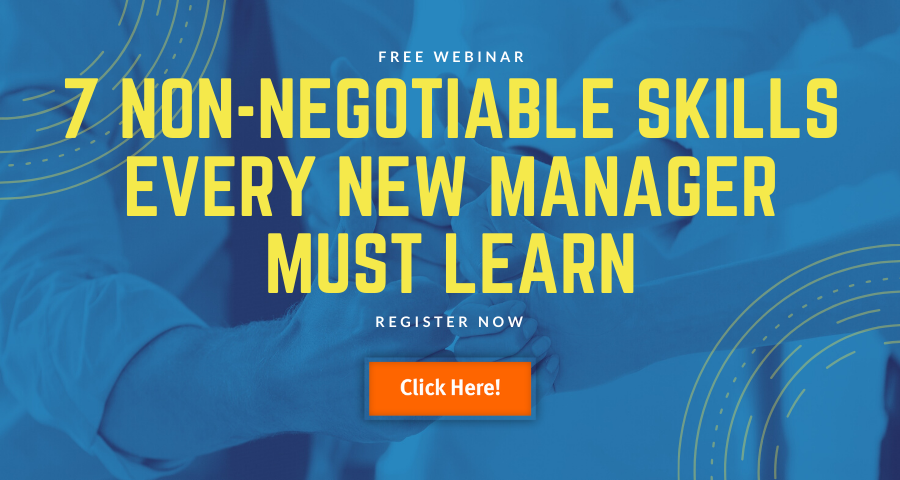 79% of employees admit that they've felt serious micromanagement on a job and two-thirds of employees say that they've considered leaving a job because of micromanagement and a third of employees have left a company precisely because of micromanagement. I'm Ian Matthews and today, I'm going to talk about the difference between commitment and compliance and why you are probably a micromanager. I talked with an IT manager today. He's got a team of 15 people and before the COVID-19 and the coronavirus came along and everyone was forced into working remotely, he had one or two meetings a day. That's it, a couple of check-ins, usually something with his boss, something together. They'd get together some scrum meetings with their team. He told me on Monday he had 14 meetings, 10 were Zoom meetings, video conferences. He said that he starts at eight in the morning and doesn't end until 5:30 and he's turning down another three or four meetings a day.

What's happening here? He's not the only person I've talked to. Just about every person I have asked has said that the number of meetings they're in has rocketed since they've started working from home and everyone has been pulled out of the office. And this is just a symptom of a bigger problem in corporations in general and with managers. We learn as individual contributors before, before we learn how to manage before we ever take on a team, we learned that the more effort we put into something, the more results we're going to get out. Right? So if we're a programmer, the more hours we work, the more code we're going to bang out. From a salesperson, I'm paid commission 100% so if I put in hours, if I want more sales, I make more phone calls, I network more, I get in front of more customers, I market more, I work on more leads, I follow up more, I put in hours and I get direct results, and then that programmer is promoted to an IT manager or that sales rep is promoted to a sales manager.

And what do they do when they get behind in the results? Well, they think that their job should be to get more involved in what their people are doing, right? They should do more because that's what's worked for them in the past. And by the way, that's not just what worked for them in the past as an individual contributor. That worked for them in college, which worked for them on their high school hockey team. The more they worked, the better they ended up doing in a game, the more results they got out of it. And so everything about managing is contrary to what we learn until the day we're taught to manage. And a reason why so many people are caught up in status meetings, it's a feeling that the managers have in the office that they're losing control. And if you feel like you're losing control just because people are not working right underneath your nose right now, you need to think about how you're managing when you're in the office.

You need to think about why you feel the need to be on top of everything. Why do you need a status meeting? Who is providing status and who is that status for and what is it appeasing? and I always think about the two words, compliance and commitment. And first I want you to think about if you are a manager, you aspire to be a manager, how much do you like being micromanaged? How much do you like when someone checks in on you daily to see what you've done and then gives you very specific directions on what you should do tomorrow and repeats every day in and out. Do you like having all of your autonomy taken away? Do you like someone else thinking for you? Do you like being told that you have to get certain results and being told exactly how to do it right?

That would be like telling a chef you want to wow the customers. You've just hired them and you're running a restaurant and you tell them, "Look, I want our customers to just be the happiest. I want us to get referrals. I want as many stars from Michelin as we can get. And by the way, here's the menu that you're going to cook. I've written down all the recipes you're going to go, here's where you're going to go buy the groceries. Here are the farmers that you're going to get them from. So do it right. If you're a chef, you'd probably quit right there because you're being told, you're being held to this high standard, which most people can handle being held to a high standard, but you're also being told exactly how to get it. And you're being told how to get it by someone very different than you.

And that way might've worked for them, but it's not going to work for you. And if you think about that, if you were that chef, you would be managed by compliance. You would be told exactly how to go do things, do it my way, do it the way we want it done in this restaurant, and get results. And the problem with compliance is it gets you to a result probably faster than a different result could because it's almost military, do exactly as I say, do it how I say it and you might survive. That approach works with recruits when you're going to war and you've got someone new, but as you get people that can think on their own, that are experienced, that you've paid for that experience when you get compliance, they'll get you to a certain level and then they're just going to stop.

That's commitment. That's managing by commitment. When you get someone's commitment, it's very different than when they are working for you for compliance, there is no bound when someone is completely committed to getting a result for you because now they own it. I've told you, "You go do it. It's yours. It's your process." They own it. They don't stop at a certain level. There's no flying under the radar. Once you've given away that control, once you've given autonomy, there is no level that they won't reach for you. And so what I would ask you to think about right now is if you've got remote people that are not working there, why do you need 14 meetings in a day? What status do you need? And think through have you given this person enough from a result standpoint? Does this person know exactly what they need to go get done?

Do they know when it needs to be done? What kind of standard are you looking for? How are you measuring it and have you told them, I trust you. Go get results. You're working from home. Call me if you need me, but this is the result I need out of you this week. That's okay this week, but when you start getting into this morning and this afternoon and this is what you need to do, you've now taken all autonomy away from that person and now they're managed by compliance. Commitment is more, "Hey look, here's what I'm going to be working on this week. What are you working on this week? What help can I give you? What resources don't you have? Do you think it's fair for me to ask you to get X, Y, and Z did by Friday at five o'clock? Great. Can we check in on Friday? Hey, look, if you're feeling like you're not going to get there on Wednesday, would you do me a favor and reach out to me and give me a heads up? That would be great."

Give them that freedom back off. Back off. Your job as a manager is not to tell everyone what to do all the time. Your job is to take things out of their way when it's there. Your job is to staff it with the right people, make sure they're energized, they're motivated, they're excited, they're trained, they understand their job, and your job is to consolidate as many good ideas as you can and make decisions on the best ideas that you can. So think hard about how you invest your time and especially think hard as we get to a crisis.

The last thing you want to do is tighten your grip. Right now you should be loosening your grip and giving people more freedom on the front lines. If you want to learn more skills for new managers to go through, I have a free webinar on our five on four websites. Check it out. It goes through seven non-negotiable skills in my opinion that every new manager must have and if you're interested in our new manager programs, we have a leadership essentials course. It's a 12-week course with videos and homework, participant guides every week. I would love it if you would join. Good luck out there. Get through this. Gain commitment from your people.