I am crazy about Dan Carlin’s podcast, “Hardcore History.”

I am not a history buff and read minimal military history before finding Carlin’s unique show. From the first episode, I was sold.

Carlin has this raspy voice that is unique to anything you hear on TV or radio. His podcasts are graphic and intense, filled with details often left out of history books.

The experience is made even more intense in that every episode sounds like he is reading it in a dimly lit basement while smoking unfiltered Marlboro cigarettes.

His content is hardcore, indeed. His voice is a perfect fit for his material. Several of his episodes eclipse four hours in length, and I can listen in one sitting without losing attention on the content. 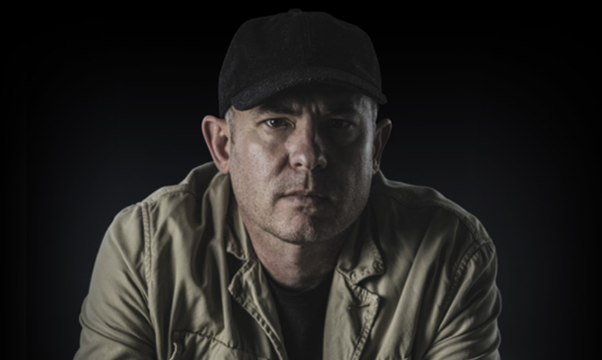 I am not his only raving fan. Tim Ferris is crazy about Hardcore History. He likes the show enough where Carlin was one of his original guests on the Tim Ferris Podcast (Episode #20).

In that episode, Ferris asked Carlin about his signature voice.

The verbal delivery you have, which is very polished and of course you’ve done a lot of radio and a lot of television. But if someone feels self-conscious about their own vocal delivery, and they want to podcast – maybe I’m projecting, here – but how would you suggest that people work on that skill and try to refine their delivery to get a little closer to what I would consider very, very professional in your case?

Carlin’s answer surprised me. Coming from one of the most successful podcasters, with millions of downloads, I expected some insight into how he prepares for his shows. Instead, he focused his answer on self-confidence and authenticity.

I came up in radio at a time, the tail end of what maybe you could call the “big voice” era. When I came up, I remember the boss at the radio station where I worked, at one time he actually suggested I have adenoid surgery or something to maybe get that deep voice that was the classic that they were looking for.

I not only didn’t have that, I didn’t want that. I just wanted to talk the way I talked. And then somewhere while I was doing that, that whole deep voice thing went out of fashion and everybody was looking for their own voice; a unique voice that sounded like no one else. And all of a sudden, everybody is saying: gosh, it’s so great you have your own voice, and all I’m thinking about is all those years that was the one thing everybody didn’t want me to have.

So when you say to a listener how do you get more polished and broadcaster-like, there’s a process you’re going to go through if you start podcasting or whatever, where you figure out what your voice is. And it shouldn’t be something fake. It should be your voice. I think personally, that there is no perfect voice. What I love about the podcasts and the internet is that there are so many potential people out there listening that if you just be yourself, you’re going to attract listeners who like that.

And then you never have to fool around with trying to be someone else to please your audience because the people you’ve attracted are there because they like you already. We talk around here a lot about turning negatives into positives, or lemons into lemonade, or creatively taking a weak spot and making it a strong spot. I always was heavily in the red, as they say, when I was on the radio where I yelled so loud – and I still do – that the meter just jumps up into the red.

They would say you need to speak in this one zone of loudness or you’ll screw up the radio station’s compression. After a while, I just started writing liners for the big voice guy: here’s Dan Carlin, he talks so loud, or whatever. That’s my style; I meant to do that. And as a matter of fact, if you do it, you’re imitating me. So it’s partly taking what you already do and saying no, no, this isn’t a negative; this is the thing I bring to the table, buddy. I copyrighted that. I talk real loud.

I work with new managers for a living, and I have for the past 20 years. One of the biggest mistakes I see new managers make is trying to become some avatar of what people expect from leaders.

Rather than being authentic, they transform into a different person when they become a manager. Perhaps, they are warm and friendly but become cold and distant as a manager. They quit sharing things from their personal life in the office. They work later, put business first, and hoard information.

Worse, new managers tend to dictate how things get done. Rather than focusing on what needs to get done, they prescribe how their team should execute, which is how they did it when they were in the role.

When results come up short, they blame the employee who is being forced to operate in a manner that is uncomfortable and void of autonomy.

I have led, worked with, and worked for every type of personality. I know that any style can work. Loud people can be as effective as quiet people. Coalition builders can do as well as authoritative decision makers. Deep thinkers can perform just like impulsive talkers.

What works is unique to you, not what others think or expect of you. They don’t know your strengths as you do. They don’t understand how comfortable you feel approaching a problem your way versus their way.

What matters is your happiness and results. If you believe strongly that your path will lead to results, follow it, and block out the noise. Your voice is uniquely yours, and anything else will fall flat as people are great at sniffing out someone who is not authentic and true to themselves.

Carlin’s take sparked Ferris to share his experience in writing the book that made him famous, The Four Hour Workweek:

You’ve reminded me of an experience that I had with writing the Four Hour Workweek. It was my first book, and I was very nervous about it. When I first started, and I’m not sure how many people know this, I wrote the first four or five chapters and I ended up throwing them all out because I was writing in this very pompous, sort of Ivy League style that I thought sounded very smart. And it came off stilted and it was very unattractive so I tossed it.

Then I tried to write in an amusing fashion. I thought I needed to be funny. So I was like, alright, I’ll be funny; I should stop being so serious. And it came across very slapstick, Three Stooges. So yet again, I had to take these four or five chapters that I had spent weeks on and throw them out.

Ultimately, I found my own voice which was really just discovering something that was latent and that people felt in conversation by having two glasses of wine and starting to write as if it was an email to two specific friends. That is when I finally found the proper balance, which was intrinsically how I spoke to my close friends about serious subjects after a couple of glasses of wine.

And it also brings to mind a friend of mine named Gary Vaynerchuck who became well known after doing something called “Wine Library TV.” If you look at the very first, say, ten episodes, especially the first few, he’s really subdued. And you learn later, of course, he’s grown into himself and he has a very bombastic style but that’s who Gary is. But it took him a long time to get there.

These are two highly successful people who found their way by just being themselves. Carlin summed up the importance of embracing yourself and ignoring what other people think beautifully: