I grew up in a small town in Michigan.

Not quite Detroit, but close enough to feel all of Detroit’s problems. Kids who dreamed big in my town thought of running an auto plant one day.

If things really worked out, maybe work your way up to a corporate job with the Big Three. I didn’t have money and nor did my friends.

We were all in the same blue-collar boat. Those of us going to college hoped to get a decent job, grind for 35 years and retire with enough to fish for walleye the rest of our lives.

No one in my circle was wealthy but that changed shortly after I graduated from college.

A good friend from high school graduated from Michigan State with an engineering degree. He was one of the smartest kids I knew — the type that still had several textbooks wrapped in plastic halfway through the semester and still passed classes.

His degree delivered an immediate return. He landed an engineering role with Ford right out of college.

I was grinding away at another blue-chip company when he called me, “Dude, I’m out. I quit Ford last week.”

“Seriously, you’ve been there six months? Did you get a better offer from Chrysler?”

“No, I’m out. Working for myself now. I’m partnering with Dan, we’re day-traders now.”

“That’s nuts. What the hell is wrong with you?”

Detroit is a five-hour drive from Chicago so I came home that weekend. We met at a friend’s house. I pulled up in my Pontiac Grand Am to find a brand new Ford Mustang GT parked next to a bright purple Dodge Viper.

None of this made sense. I walked in, half expecting a crew of cameras to surprise me for an episode of Punk’d. Thankfully, they weren’t wearing three-piece suits and gold chains. They looked like the same knuckleheads I grew up with.

“You bought a Viper? What did you pay for this thing?”

Great. Life advice from a guy who was driving his dad’s car a few months ago.

Over Bud Lights, they walked me through the business model. These guys traded penny stocks which are unregulated equities of mostly garbage companies. Penny stocks trade on the OTC (over-the-counter) market or “pink sheets.”

The OTC is a quotation service, not an exchange. They provide price and liquidity information for thousands of lightly traded entities at very low valuations.

Unlike SEC-regulated equities, penny stocks offer minimal to no transparency. This leaves most of the companies subject to scams, schemes and misinformation campaigns. There are some legitimate small businesses trading OTC, but many others are simply shell companies.

In chat rooms, shady investors pumped companies with conjecture and phony reports to boost interest in lightly-traded shares. Enough misinformation could spur demand to bump a company’s shares from $0.03 to $1.20.

This was just before the tech bubble burst. Everyone wanted to trade from home and the prevailing mindset was “everything tech-related is safe.”

Instead of doing their jobs, my friends bought penny stocks and studied online market sentiment all day in their cubicles. In a matter of months, they parlayed thousands of dollars into millions.

It was lightning in a bottle.

One company was an online casino, another owned oil rigs in Mississippi. It appeared legitimate as they showed me everything on a laptop.

They worked a few hours a day from home and then went golfing. Meanwhile, I was grinding away in pleated chinos for a meager salary. It made me question everything.

I wasn’t about to let them have all the fun and opened an online brokerage account. After buying some penny stocks. I made plans for a life of luxury, leisure and excess. On more than a few occasions, I thought of how I would tell my boss that I was quitting.

Like a Cobra Kai leg sweep, the story changed quickly.

The stock market crashed and the OTC stocks followed suit. Penny stocks require capital like any other asset. When the market crashed, a tremendous flight to safety eviscerated the value of pink sheet companies.

My $10,000 account when to $200 in days. It happened so violently, you couldn’t sell on the way down. There was zero interest on the buy-side.

My friends were in the same position. Rather than cashing out, they rode paper gains in hopes of even greater returns. A Viper was nice but a private jet sounded better.

The value of their holdings lost another zero every day until they had about as much as me in their accounts. As quickly as it materialized, their wealth vanished.

At the time, $10,000 was my life’s fortune. It was a painful lesson. But my agony paled in comparison to what my boys went through.

Nothing Is The Same

They were still young and found comparable jobs to what they had before the windfall. The bigger challenge was psychological.

For a brief period, they were rich. They could come and go as they pleased. If they wanted something, they bought it. Their dreams changed as quickly as their bank accounts.

When it ended, they struggled to be happy with reverting to their previous life. They became paranoid and reckless, bouncing from job to job. They sought new schemes that might generate a quick profit. They gambled on long shots and looked for ways to game the system.

They never quite grasped how it happened and underestimated how difficult it would be to repeat. Like lottery winners, they were destined to give it all back.

I was fortunate to start late and gain nothing but education from their experience. Landing fast money at a young age is dangerous.

When we accumulate money over time, we tend to guard it more aggressively. We invest differently, understanding how difficult it would be to replace a major loss of capital.

Be Concerned When It Is Too Easy

The tail end of a bull market is like a gushing wind pushing every boat at speeds they’ve not experienced before. The best sailors still come out ahead but everyone is setting new records.

Stock investors could close their eyes and toss darts at a board to pick equities in 2019. With the S&P 500 up an average of 29%, it was objectively difficult to pick a loser.

Real estate peacocks are everywhere, “I made a fortune on multi-family!” Has anyone lost money on real estate in the last five years? With interest rates near zero and full employment, even bad operators make it rain.

Where does that leave managers? When the wind is gusting at your back, every bad idea, process and system is validated by an easy market. Poor hires don’t hurt like they do in a bear market. Managers don’t need to coach and develop people as the challenge isn’t great enough to force that behavior.

Strategy and execution are not as critical when sales come easy. Managers don’t address subpar employees because revenue is healthy enough to carry redundant expenses.

How will that change now that the wind changed?

Those who understand struggle tend to appreciate success more than those who don’t.

I remember interviewing a young guy whose resume boasted a new promotion every six months in his short career. As I asked questions, it was clear that the only thing he succeeded in doing was getting promoted.

He couldn’t point to results in each role, and how could he? Six months isn’t long enough to see the results of your decisions. Decisions we make as leaders reverberate for years. If I know that I will be in a new job every six months, I am tempted to make short-term decisions.

Early in my career, I was impatient. No amount of success was fast enough. Over the years, I’ve come to embrace success that requires adversity. Any lasting success I’ve had was of the slow variety. I wrote about how big career breakthroughs are like Andy Dufresne’s prison break in the classic movie, The Shawshank Redemption.

More importantly, I am highly suspicious of victories that come easily. If it feels too good to be true, perhaps I missed something. I’ve fallen on my face enough to know that good decisions are about mitigating the downside as much as calculating the upside.

What happened to that purple Dodge Viper?

My friend crashed it into a telephone pole. He underestimated the power of the engine while turning left at a stoplight, lost control and was fortunate to walk away with his life.

That 645-horsepower engine had just a tad bit more torque than his old Toyota Camry. He didn’t have enough driving experience to handle that kind of power.

I still think of that sports car as a metaphor for their unexpected success and the rapid downfall that followed. Those who find great success without struggle are rarely prepared to maintain the same level of success.

Ian Mathews
« Previous Post How Do I Lead A Team Through A Crisis? Next Post » Why Do Catchers Make Great Managers?

You Must Ask This Question In Every Interview 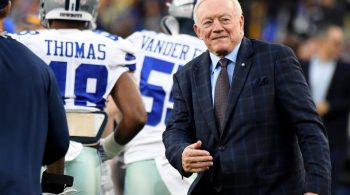 You Must Ask This Question In Every Interview