“Just as iron sharpens iron, so one person does to another.”

Are you struggling motivate a team to raise the performance bar? Your problem might have everything to do with competition.

High school football taught me an important lesson in this area. One teammate shared my position and goal of starting on the varsity team.

Starting as freshmen, we competed head-to-head in every practice. He was relentless, forcing me to give maximum effort in every drill. In the weight room, we fought for who could do one more rep on every set.

When I won the starting job, the competition grew more fierce. He treated every practice like the Super Bowl.

I hated him for it.

I often limped off the practice field as if I had played a game. But I never took my position for granted because of how hard I worked to keep it.

And on Friday nights, I was always ready.

Since this guy never let me slide in practice, I improved every single day. Would I have worked as hard in practice if I had no one pushing me to get better? It is unlikely.

Football practice is a grind. You take your breaks when you can. But for me, it was always maximum effort or lose my position.

I coach a youth travel baseball and use competition to motivate this team as well. We have 14 hard-working boys on our team. But in baseball, only nine can bat in a lineup at one time.

It is rarely the same nine who are performing best at any given time. Boys go through slumps while others get hot at the plate.

When we started this team, it was a difficult message to deliver to boys who were used to being the best kids on their house team. Until they made a travel team, they were used to a system where every boy played.

This was difficult for some boys to grasp at first. They felt like they were singled out and left out of a special club that got to start.

But this life lesson was coming one way or another. Better that they learn about meritocracy in a game.

Interestingly, the starting nine for our first tournament was different than every subsequent tournament of the year. A few boys have started every time but we typically have 2-3 boys moving in and out depending on recent production.

For those who don’t make it into the starting lineup, we talk to them about what steps they can take to ensure they start next time. The answer they give us every time is some rendition of, “Work harder.”

The lesson is that they are always in control and that a setback does not have to be permanent. I’ve written extensively about how some people are willing to keep grinding long after others quit. But it starts by knowing something can be taken away.

Would it be as simple to motivate this team with only nine boys? Of course not. We would be right back to “everyone plays regardless of merit.”

A deep bench drives motivation. And this maxim is equally prevalent in business.

In my first sales role, I was asked to prospect for new accounts.

The other sales reps in our office had existing clients who generated consistent business. I was the only person cold-calling and landing new accounts.

Then the market turned. Established customers went away and many reps were left wondering who moved their cheese.

But while their sales declined, I steadily grew new business.

Reps who previously bemoaned the economy and argued for lower quotas now saw someone overcoming the same obstacles.

My manager used me as an example to motivate that team. In addition, he hired more college kids just like me. I was asked to train them to prospect for new business.

My manager’s message was clear:

I’m building a bench of sales reps who are willing to do what the rest of you are not.

My peers suddenly felt motivated to change their behaviors or risk being replaced by hungrier teammates who wanted their job.

A Secret To Motivating Teams In The Workplace

I often find that organizations that lack motivated people operate with no bench. Employees run with high volume because managers have no other options. This leads to a host of miserable outcomes.

Trying to operate as lean as possible to reduce expenses, these organizations sacrifice upside. You can’t run a true meritocracy if there are no ramifications when someone performs poorly.

This leads to a sense of entitlement as people know that the company can’t afford to lose them. No one is there to push the veterans to strive for better results.

If you want to build a performance culture, start by building a talented, hungry bench of talent. Let this group push the bar higher and give your leadership team the flexibility to make personnel changes.

Just as I knew I could lose my starting job at any time, so too should anyone being paid to deliver results in a company.

How Can I Share My Experience Without Giving Advice? 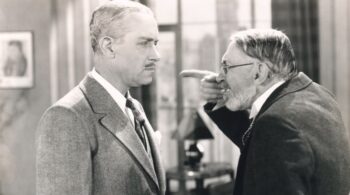 How Can I Share My Experience Without Giving Advice?

Can Introverts Be Leaders? 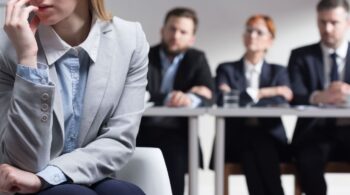 Can Introverts Be Leaders?

Why Do Catchers Make Great Managers?

Why Do Catchers Make Great Managers?