“Another Glassdoor review and it’s a doozy.”

“Print it out and let’s discuss at next week’s leadership meeting.”

We were under attack. Glassdoor reviews were sailing in like flaming arrows from siege ships.

I ignored that Glassdoor website for years until a candidate mentioned it to me in an interview.  My interest was piqued.

I looked up our company and winced at the results.  We sucked, and our trend was getting worse. 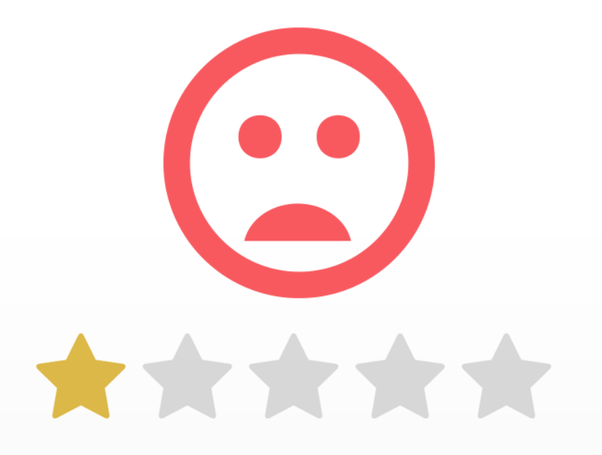 I dove into the details, reading every individual response. It was clear that reviews came from people who left our company scorned or interviewed and didn’t get the job.  Current employees rarely invested time to leave a review, and we had 7,000+ employees.

At the time, we had just over 100 reviews. That sample size was crazy-low against the size of our company.

My management team wanted to write it off as sour grapes. Some of the reviewers are the same people that have time to write a review on Yelp when Dunkin Donuts gets their order wrong.  But, these reviews were increasing and coincided with a spike in employee turnover.

Had our employee retention been healthy, I would have been less inclined to care about Glassdoor.  We were growing 20% annually and hiring haphazardly to keep up.  In some offices, people were leaving faster than we could hire replacements.

We weren’t keeping up with our sales pace.

We turned on the alerts from Glassdoor. In our weekly meeting, we awkwardly read them out loud.

Some of the funniest moments in my career came from reading Glassdoor reviews in that leadership meeting. It felt like a corporate edition of Jimmy Kimmel’s “Celebrities Read Mean Tweets.”

We only had one Asian guy in that office, so he had nowhere to hide from our sarcasm after that one.

What started as an annoyance became an exercise in humility. The manager responsible for the office with the review would read it out loud. We rarely made it all the way through before the entire room was crying.

We would finish each review, and ask ourselves what we could take from it. When you parsed through the venom and name-calling, there was always something we could work on as managers.

The mean-spirited reviews helped us focus on the holes in our process.

What Not To Do When You Have An Employee Turnover Problem

The temptation is to believe that the only people writing reviews are disgruntled employees that you were happy to shed. If this were true, the solution is to drown out the bad reviews with positive ones.

Managers rush out to every office and ask five loyal employees to write a review.  They require every manager in the company to write a personal review. Through an edict, they generate 200 positive reviews within one week.  An average score of 3.5 moves to 4.5.  Problem solved!

The temptation was there, but what would that have solved? Does a Glassdoor rating have anything to do with running a business?

Many companies take this approach. They nudge employees to fill out positive reviews on Glassdoor. Then, they tout their ranking as one of the best companies to work for.

If you need to badger your team to get that ranking, who do you think you are fooling? You shouldn’t need an “award” like that to recruit exceptional talent.

Pay well, promote great people into management roles and create an environment where your best people recruit for you. Lean on referrals to add more talent as you grow, not marketing gimmicks.

Poor reviews come from emotional people. They reach their limit of nonsense and want to vent their frustration any way they can.

I asked myself an important question. What would it take to motivate me to create a login for this site and write a review? It would take one hell of a terrible experience.

Yes, there are odd ducks who have time to write an Amazon review for a nine-pack of tighty-whities.

Most people only write a review out of intense emotion, negative or positive.

We were pushing people to extreme emotions which is why they were heading to Glassdoor. They felt like they had nowhere else to go while they worked for us.

The reviews were a symptom of a bigger problem. We needed to figure out how to keep good people, not how to get good reviews on some websites. The only way we would improve is by listening and acting.

Convincing a disgruntled team to share suggestions is simple, but you must do two things.  First, you must listen with the intent to learn. Often, managers ask questions with an answer in mind. They ask enough people until they hear confirmation of their assumptions while rejecting ideas outside of their bias.

Second, you have to act. Managers lose credibility by asking for suggestions and not acting. If you have the reputation of a leader, who acts on great ideas without being dismissive, even the most disgruntled team will share their ideas with you.

I didn’t care about optimizing our “presence” on Glassdoor.

I cared about finding more customers, making them happy, and growing profit. I wanted to run a successful business.

You can’t run a successful business with an unhappy team.

Happy employees treat customers better. It is hard to be at your best when you are miserable at work.

Exit interviews are overrated. Departing employees tell you nothing about why others choose to stay.

Failure does not tell you much about success. If your goal is to become an expert baker, it doesn’t make sense to keep studying your burnt cakes.

We talked to the people on the front line.

Humbled by employee turnover, we listened and then we acted. Everything was fair game.

As a result, we kept more of our best people. Employee turnover went down and people had more fun at work. When folks departed, they left on good terms and didn’t bother going to Glassdoor to vent.  Once our employee turnover was under control, we quit paying attention to Glassdoor altogether.

If you think you have a Glassdoor problem as a company, you are fooling yourself. You have a morale problem.

Yes, some people are unreasonable and like to vent. More often, people use a venue like a Glassdoor because you gave them no voice when they worked for you. They believe this is their only way to be heard.

Listen to your employees while they still work for you. Make changes when they make sense. Communicate your intentions and celebrate small wins on the path to more significant changes.

Don’t hide from the employee turnover issue. Admit that you know there is a problem. Show some vulnerability and admit to not having the answers. Ignore Glassdoor.

Focus on your people.

Ian Mathews
« Previous Post Yogi Berra And The Case For Management Flexibility Next Post » What Kind Of Teammate Are You? 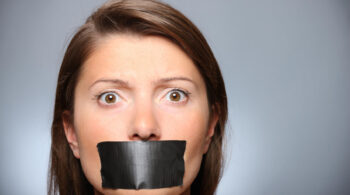