“Rush out there with a ton of energy and tell a hilarious joke.”

A young, introverted manager asked my advice for his presentation in front of 200 people at an annual meeting.

I was also young, and he saw me present the previous year. He wanted advice, and I told him what worked for me, but in the form of an absolute.

This person worked in finance, was analytical and had a reserved personality. I worked in sales, was expressive and had an outgoing (some might say obnoxious) personality.

It was like watching a bear pretending to be a duck, quacking and flapping his arms around like wings.

He bombed, and I felt responsible. He wasn't comfortable telling jokes and charging onto the stage like a rodeo bronco.

That style worked for me as it played to my strengths.

Had I been the one asking for advice, he would have told me to tell stories with patterns presented in the numbers. He might have implored me to let the data do the talking, to challenge the audience with statistics and not stories. He would have suggested that I should take a reserved approach to deliver my presentation.

And that advice would have been terrible for me.

What is right for me is not necessarily good for you. When someone gives you advice, it is only useful if your strengths are aligned with the person you seek help from.

Their advice is based on their perception, life experience, unique behaviors and preferences. It is their truth, not yours.

An Epidemic Of Bad Advice

New managers lack perspective in what works. Initially, we call on other experiences to determine our leadership style.

We take lessons from parents, teachers, and coaches.

There is a problem with leaning too heavily on that cohort as role models.  Parents, teachers and coaches have captive audiences. After all, we can't quit and find different parents.

Therefore, they can tell us what to do, and we have little choice but to comply.

How do employees feel about managers who lead by directive? Not great.

Your directives are annoying for two reasons.

Managers do not have the luxury of a captive audience. You manage free agents who have unlimited employment options and an ability to leave at any time.

Tell a talented person precisely what to do long enough, and they will find another employer.

Help Your Team Decide For Themselves

I recently received an email from a young manager with a question that felt loaded.

"I am interested in your thoughts about emailing your team over the weekend. Do you think this sends the wrong message that everyone else should be working?"

Short on time, I started to draft a response with advice. Halfway through my response, I stopped to think about why he was asking me.

When someone asks me a question like this, they have an existing opinion. Often, they seek confirmation that their stance is the correct one.

Rather than responding with a static opinion, I took a deliberate approach.

"It seems like you have something on your mind. Why do you ask?"

I love this response when someone asks for my advice. Whether I am coaching a new manager or a nine-year-old baseball player, I find it helpful to understand the motivation behind a request.

This question helps you understand the other person's point of view, given the information they have. New managers and youth baseball players have something in common.

They feel like they are correct based on their limited experience but seek confirmation from those with more tenure. The new manager who asked me the question responded with more detail.

"I have a habit of sending emails to my team on Sunday. It is mostly small stuff, friendly reminders to help them get a jump start on their week. It's been brought to my attention that it can be demoralizing to the team. Some feel like I am insinuating that since I am working, they too should be working."

I had a complete picture of why he was asking for help, but I still needed more information.

"And what is your opinion?"

It was clear that he still didn't agree entirely with his team. If he did, why would he ask for my opinion? He could have apologized to his staff and dropped the annoying behavior.

He said as much in his response, admitting that he didn't feel like his team should feel that way. He was only trying to "help them stay organized."

The problem with most advice is that it is based solely on one person's perception, experience and strengths. When we are more experienced than someone, we assume that what worked for us will work for them.

Advice like this is incomplete, and likely flat-out wrong.

I find that a Saturday morning in the office helps me get home at a reasonable hour the following week. But, that is my truth and my preference, not anyone else's.

Having made the mistake of emailing too much over the weekend for years, I had an opinion of the negative effect this has on a team.

But if I responded immediately by telling him to knock it off, would I have helped? Likely, he would thank me politely and then continue asking people until he heard the answer that matched his bias.

I made the mistake of solving problems based on my bias for years. Experience can be a weakness when it crystalizes your views on many topics.

Too often, we have a hardened sense of what the solution should be and enter conversations with a goal (intentional or subconscious) to get someone to accept our solution.

With my industrious new manager, I continued to ask questions.

"What are you looking to accomplish by sending emails over the weekend? Do you expect an immediate response?"

He went on to tell me that he didn't expect a weekend response. He wanted to help them start the week on the right foot. I saw nothing wrong with that but kept asking questions.

"When you are with your wife or friends on a Sunday, how does it affect you when you read an email from your boss with several items you need to take action on?"

This "shoe on the other foot" question gave him pause. He admitted that it sends his mind into "work mode," and he feels a sense of responsibility that he must respond to the email.

"Do you like receiving emails from your boss on the weekend?"

"Can I share a bad experience that taught me a lesson on this topic?"

I told him about the time that I stupidly checked email on the day my son was born.

While mom and baby were napping, I scrolled through emails on my phone and came across a particularly derisive message from one executive to a manager who worked for me. I was only copied, but the email derailed the end of what had been a perfect day.

I shared that this experience taught me a lesson about the tone and timing of emails I sent. I didn't tell him what to do. I only shared an example that had changed my way of thinking on the topic.

"What is the alternative to sending your team these weekend updates?"

He conceded that he could draft the email and set a delivery date for Monday morning. This approach would sacrifice nothing from a business perspective and improve the morale of his team.

My role was helping him see the problem from several different angles. When someone is struggling to get results, they often lack perspective and need help understanding the entire picture.

Often in an organization, two people can be productive even if they are as different as bears and ducks.

Imagine a duck approaching a bear with his frustration over an ability to find enough food.

"What's the most effective way to hunt for food?"

"Here's what you need to do. Hide in some bushes where moose forage. When a big one is distracted, rush in, and bite its neck. Drag your prey to the ground and continue to bite until you break its neck. Next, drag the moose a few hundred yards into your cave, and you'll have food for weeks."

Dutifully taking notes, the naive duck figures that if the bear could grow to be this big, he must be an expert hunter. If he follows instructions precisely, he won't be hungry for long.

Except, he's a duck. This advice sucks.

What if the bear started asking questions?

The bear learns that the duck used to be good at hunting but has fallen on tough times. The duck prefers to eat small fish and eggs.

In better times, the duck was fortunate to live near a bountiful pond, which has since dried up. The bear can see clearly that this duck is refusing to accept and adapt to his changing circumstances.

"Do you mind if I share something similar I went through?"

The bear goes on to share a time when the moose moved off to another area. During the lean times, the bear learned to eat larvae from bark until he could find a new cave near more fertile hunting grounds.

Now, this is a story that the duck can relate to.

As a manager, mentor, coach or parent, you can take two approaches.

Most managers choose option one because it saves time in the short term. Look at the chart below. Which option looks like it is easier to implement if your schedule is already packed?

The problem with compliance is that it has a short shelf life. People will do just enough to stay off the manager's radar.

Managers who encourage commitment ask their teams to take ownership of their results. When we own something, we want it to be the best. This is when a breakout performance takes place.

So, the next time someone asks you for advice, don't give it. Respond by asking questions and helping that person come to their judgment.

Bears should not give ducks advice.

Are you tired of reading the same regurgitated management advice?
Do you want to learn from someone who has done more than read books about leadership? Enter your email below and subscribe to my newsletter. 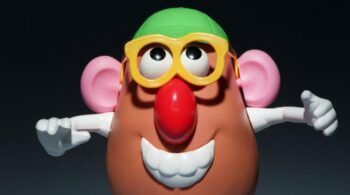